← Your Guide to the Happiest Place on Earth During the Merriest Time of Year
it’s a small world – The Happiest Cruise that ever sailed just got Merrier! →

The Osborne Family Spectacle of Dancing Lights has become a tradition for many families and guests traveling to the Walt Disney World Resort. Located in the back of Disney Hollywood Studios on the Streets of America hang over 5 million multicolored lights, covering every building top to bottom. There are literally hundreds of displays to see as you walk along the streets. You will see things like a twirling carousel, Santa and his reindeer, flying angels, toy soldiers, snowmen, bells, a giant rotating globe with Peace on Earth displayed across it, 42 hidden Mickeys, and of course, the traditional manger scene.

Disney didn’t just stop with the millions of lights, but it has synchronized the lights to high-energy traditional Christmas music while covering their guests with some light snow flurries. That’s right. Disney makes it snow the entire night. Each night they go through about 100 gallons of snow fluid and have 66 snow machines to create this winter wonderland. It is the best light display and show you will ever see.

Can you imagine how long it would take to hang over 5 million lights stretching over 10 miles, including rope lights, 130 angels, a hundred different displays, and 32 miles of extension cables? Well, they start putting everything together starting in August and continue almost every day up to the opening night. Pretty amazing if you ask me!

It all started with a father’s Christmas gift to his daughter in the town of Little Rock, Arkansas. Each year he would put up more lights and more displays. When he ran out of room he bought the two houses next to his so he could expand his display. Well, his neighbors didn’t like it very much, so through a court battle he had to take it all down. This is where the Walt Disney Company stepped in and continued their fun and exciting tradition. It was only in 2006 they synchronized everything to music.

In addition to everything else, each year Disney cast members hide a purple cat, and guests try to find where they put him. The cat is one of the original displays from the Osborne family. Most of the displays were replaced or updated throughout the years. The Osborne Spectacle of Lights really is something everyone needs to experience, at least once in his or her lifetime. 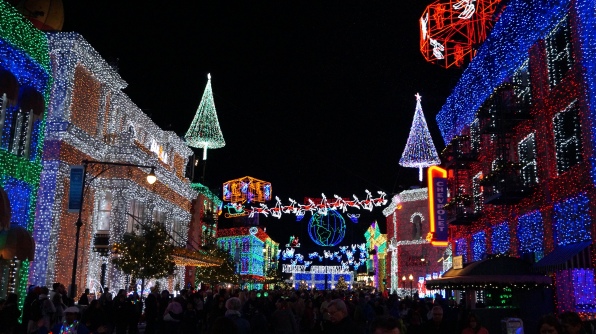 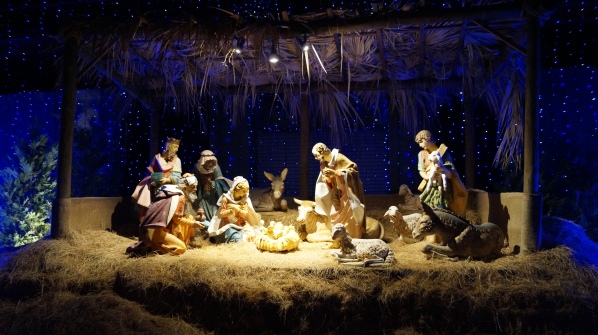 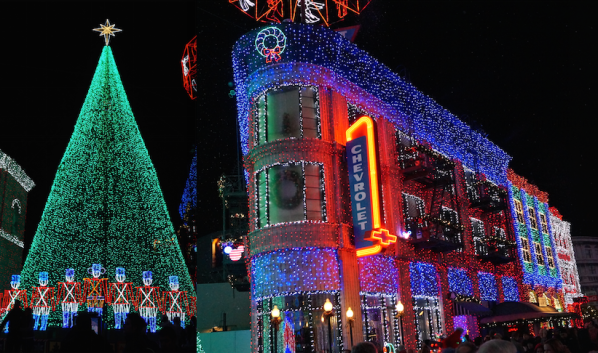 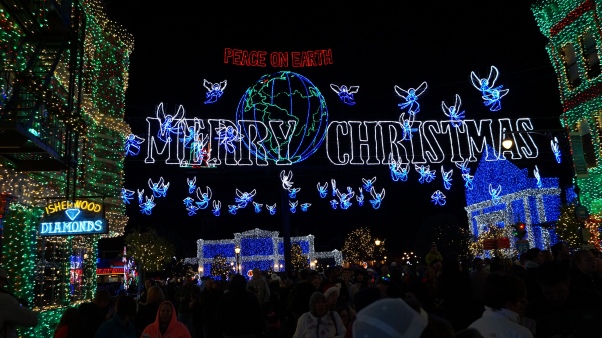 ← Your Guide to the Happiest Place on Earth During the Merriest Time of Year
it’s a small world – The Happiest Cruise that ever sailed just got Merrier! →