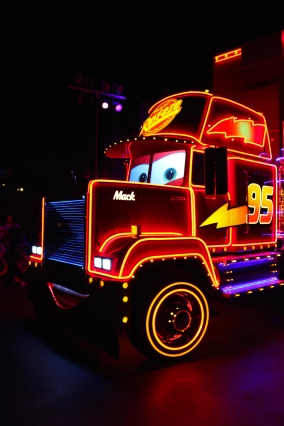 “Paint the Night” Parade is by far my favorite nighttime parade I’ve ever seen at any Disney park. It has new technology and immersive special effects that lift the “Paint the Night” Parade beyond anything seen in the past at Disneyland Park. With vibrant colors and more than 1.5 million brilliant LED lights that flash and glow, it brings Disney stories to life during this after-dark parade. Featuring unforgettable music and spectacular floats, “Paint the Night” includes special appearances by Mickey Mouse and friends, as well as beloved characters from tales such as “Monsters, Inc.,” “Cars,” “The Little Mermaid,” “Beauty and the Beast,” “Toy Story,” and “Frozen.”

With Disneyland celebrating their Diamond anniversary and with “Paint the Night” being a new parade, finding a spot to watch can be a challenge. We found that guests would start lining the streets over three hours before the parade started. It is important to have a plan before you attempt to watch this amazing parade.

As of now, Disneyland has two parades running each night. As is typical with most Disney parades, especially night parades, the second parade is almost always going to have less crowds.  Most families with young kids are tired and want to get out of the park so they go to the first parade. If you are able to stay for the later parade, you will save a lot of time waiting, and it will not be as crowded.

That being said, even if you choose to wait for the second parade, you are still going to have to find a spot approximately 45-60 minutes beforehand. If you are set on going to the first parade, you will definitely need to start looking for a spot at least three hours early.

So where is the best place to watch the parade? My first choice would be between the Matterhorn and the outer rim of the main hub in front of the castle. My second choice would be near the “it’s a small world” attraction. I would avoid the standing anywhere between the main hub near the train station along main street to the main hub in front of Sleeping Beauty’s Castle. There isn’t a lot of space in these areas and everyone crowds in forcing you to get to know your neighbor a little bit more than you would like.

Again, this is my new favorite nighttime parade and it is worth the time you will spend waiting to watch it. I hope you enjoy this new parade as much as I have. It really is something spectacular to experience. Below you will see some of the pictures I took while watching this amazing parade. Enjoy! 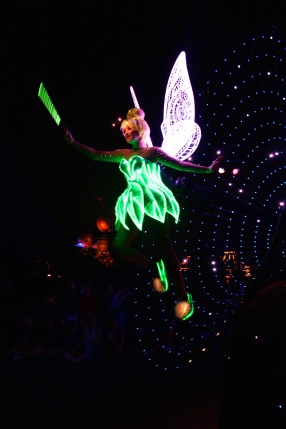 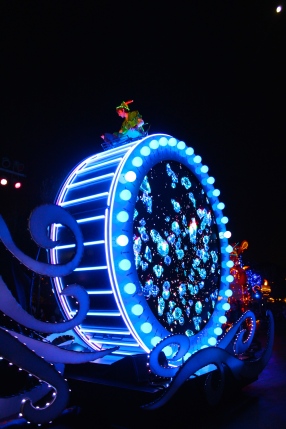 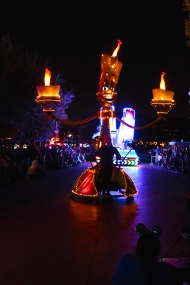 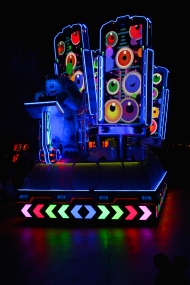 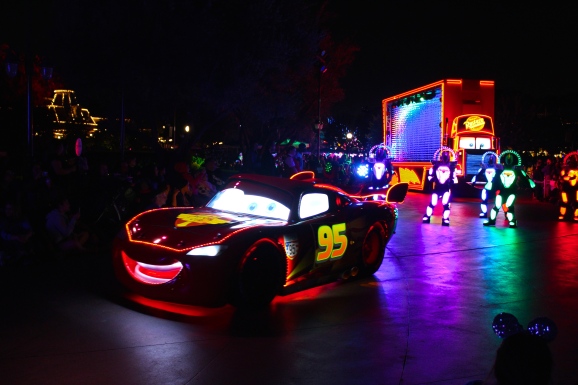 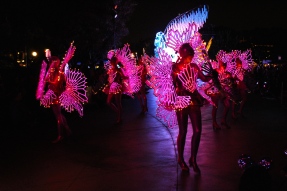 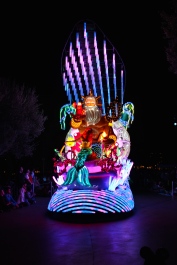