Starting on May 22, 2015, Disneyland Resort will begin it’s 60th anniversary celebration! In honor of their Diamond Anniversary, the Disneyland Resort will be adding three new nighttime spectaculars that will take place in both Disneyland and Disney California Adventure Parks. In addition to the nighttime excitement, both the Sleeping Beauty’s Castle at the Disneyland Park and the Carthay Circle theatre at Disney California Adventure Park will have extra sparkle and shine for this diamond celebration. Each park will be draped in diamond celebration décor with exclusive merchandise and foods… Pictures and descriptions of the nighttime entertainment happenings are provided below by Disney Travel Professionals.

New technology and immersive special effects lift the “Paint the Night” Parade beyond anything seen in the past at Disneyland Park. Vibrant color and more than 1.5 million brilliant LED lights that flash and glow will bring Disney stories to life during this after-dark parade. Featuring unforgettable music and spectacular floats, “Paint the Night” will include special appearances by Mickey Mouse and friends, as well as beloved characters from tales such as “Monsters, Inc.,” “Cars,” “The Little Mermaid,” “Beauty and the Beast,” “Toy Story,” and “Frozen.”

Also at Disneyland Park, the largest installation of projection mapping technology in a Disney Park and surprising special effects will transport your Clients into the worlds of beloved Disney and Disney•Pixar films during the “Disneyland Forever” fireworks spectacular. The show will extend to Main Street U.S.A., “It’s a small world,” Rivers of America and the Matterhorn as projections transform familiar park icons into stunning story scenes.

“World of Color – Celebrate the Wonderful World of Walt Disney”

And, at Disney California Adventure Park, Mickey Mouse will entertain Guests as mischievous host of a fun-filled new presentation of the popular, nighttime “World of Color” spectacular. “World of Color – Celebrate! The Wonderful World of Walt Disney” brings to life the remarkable story of Walt and The Happiest Place on Earth with animated imagery, live-action film, fountains, lasers, special effects and stirring musical score, all on the magical water canvas of “World of Color.” 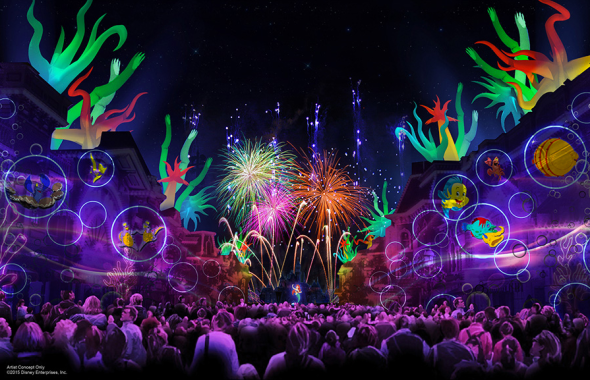 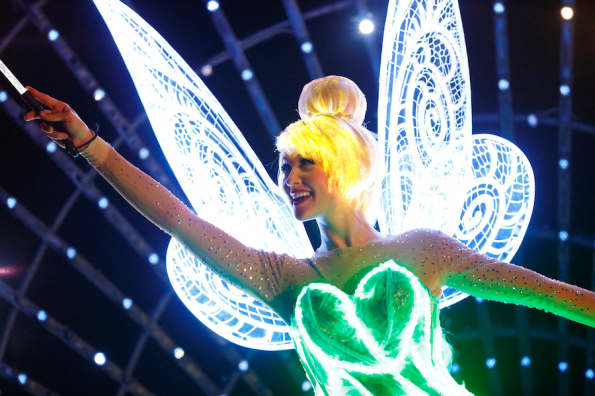 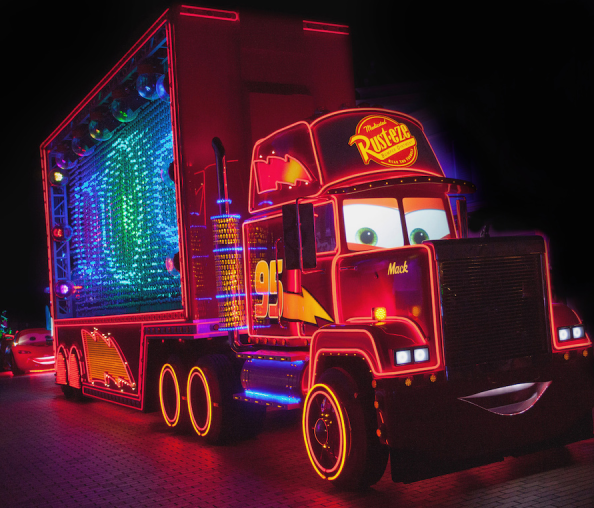 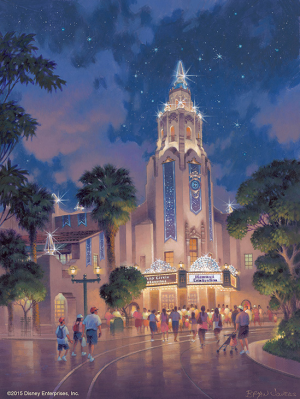 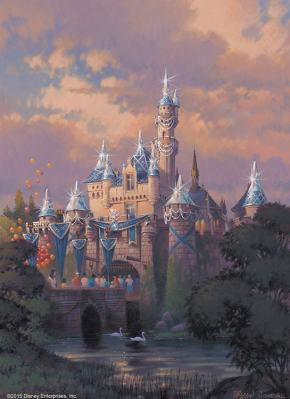