← After Dark at Disney’s Animal Kingdom and Pandora – The World of AVATAR
Very Merry Unbirthday Giveaway! →

The Force is strong at Disney’s Hollywood Studios with an addition of all new Star Wars-inspired entertainment and shopping experiences. 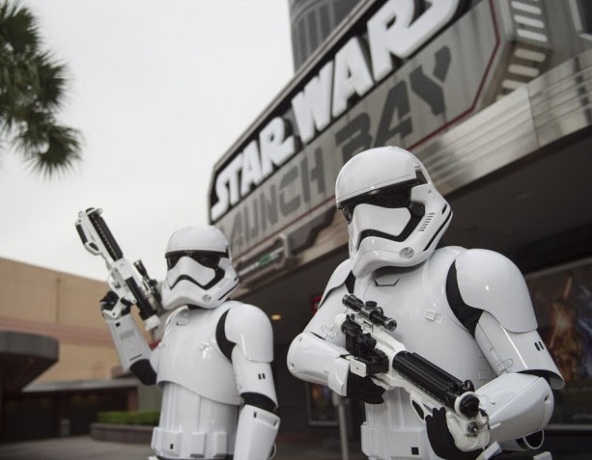 At the all new Star Wars Launch Bay, guests can interact with some of their favorite Star Wars characters by choosing to encounter the Dark Side in a Star Destroyer themed area, or visit with the brave Rebels in a makeshift Rebel Base. One path leads to Darth Vader, while the other leads to Chewbacca.

The Launch Bay also includes two different exhibits – Celebration Gallery and Celebration Hallway to view iconic ships from the Rebel Alliance and Imperial Navy fleet, as well as replica Star Wars props and murals. Guests excited for the upcoming film Star Wars: The Force Awakens can head to Preview Gallery to explore an area filled with costumes, artwork, models and more from the new film. And of course, guests will be able to shop at the Launch Bay Cargo, where they can shop a variety of Star Wars merchandise, including original artwork. 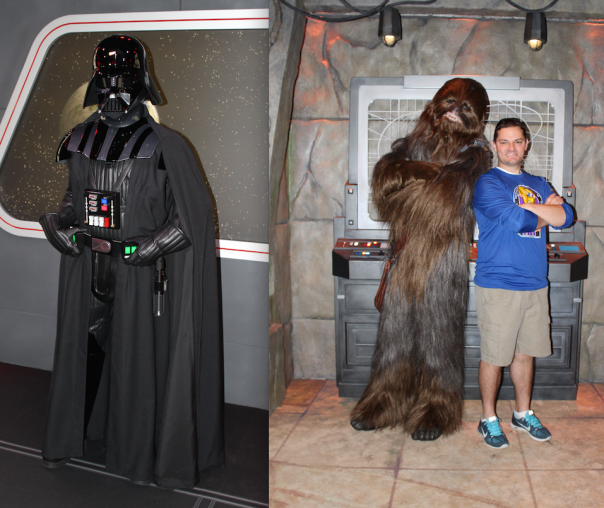 This well know attraction has been enhanced to feature new characters and adventures from Star Wars: The Force Awakens. Including minor additions to older adventures so be sure to keep an eye out for those extra touches.

Jedi Training: Trials of the Temple

The popular Jedi Training is back and ready for guests to experience something a little different and new. In this experience, Younglings join with the rebel alliance as young Padawans and learn how to become a Jedi at the Jedi Training: Trials of the Temple. This popular offering also has been enhanced to feature new characters, including a new villain – the Seventh Sister Inquisitor from Star Wars.

Star Wars: Path of the Jedi

For those who may not be up-to-date on the Star Wars film franchise, will have the opportunity to do so at the Star Wars: Path of the Jedi. Here, guests can view an abridged cinematic reel that reviews Star Wars episodes I-VII.

All New Star Wars-inspired food items have been added to menus throughout the park. These menu items will include foods such as Blue Milk Panna Cotta, Padawan Limeade, BB-8 Lemon and Butter Cream Cupcakes, and much more.

“Symphony In The Stars: A Galactic Spectacular”

Blasting off on December 18, 2015 an all new nightly firework show,  “Symphony In The Stars: A Galactic Spectacular” will be added to the line up of great entertainment.

Starting January the 6th, guest will be able watch the fireworks from a reserved viewing area during a special dessert party – “Symphony in the Stars: A Galactic Spectacular Dessert Party.” There will be Star Wars-themed desserts and drinks. Guest will also receive a souvenir stein featuring one of the most beloved Star Wars characters, Chewbacca. ← After Dark at Disney’s Animal Kingdom and Pandora – The World of AVATAR
Very Merry Unbirthday Giveaway! →