Disney Cruise Line just announced their ports of call for early 2018! These itineraries include some of their guests favorite destinations along with an all new port of call to Bonaire, which is located just North of the South America coast.

Bahamas
Drop anchor in paradise on a 3-, 4- or 5-night cruise from Port Canaveral (near Orlando) and Miami. Exciting ports of call include Nassau and Key West—and all itineraries stop at Disney’s private island, Castaway Cay.

Eastern Caribbean
Surround yourself with crystal blue waters and powder-soft beaches when you embark on a 7-night cruise to such unspoiled destinations as Tortola, St. Thomas, St. Maarten, San Juan and Disney’s private island, Castaway Cay.

Southern Caribbean
Join Disney Cruise Line for one of their limited-time 7-night cruises out of San Juan. Each of these unique cruises will include a combination ports of call on either St. Lucia, Curacao, Martinique, St. Kitts, Aruba, Antigua and Bonaire. These special cruises depart Jan. 14, 21 and 28, each voyage offers a unique itinerary with four destinations and two days at sea.

Panama Canal
Savor top-notch amenities aboard a 14-night coast-to-coast cruise that takes you from Port Canaveral (near Orlando) through the world-famous Panama Canal. Call upon blissful port cities in Mexico, Colombia, Costa Rica and the Caribbean before landing in San Diego, California. 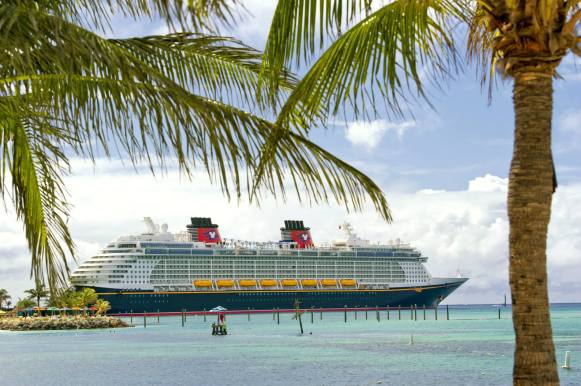 Disney Cruise Line is excited to introduce more variety than ever in Summer 2016! For the first time ever, the Disney Magic will be sailing to the British Isles- including visits to Scotland, England, Ireland and France. Disney Cruise Line will also return to Norway, Iceland and ports of call in more than 15 European countries.

In addition to the tour of Europe with select sailings to Northern Europe, Norwegian Fjords, Iceland, British Isles, Greek Isles and the Mediterranean, Disney Cruise Line will revisit favorite destinations elsewhere around the globe including Alaska, the Caribbean and the Bahamas!

New British Isles
On June 5, 2016, Disney Cruise Line will sail from Dover, England on its very first British Isles Itinerary! The 12-night cruise on the Disney Magic will sail for the first time to Invergordon, Kirkwall, and Greenock (Glasgow), Scotland; Newcastle and Liverpool, England; Dublin, Ireland; Le Harve (Paris), France; and Guernsey; one of the Channel Islands.

On this stunning itinerary, Guests can explore the majestic beauty of Scotland, experience Highland culture, sample traditional cuisine and spirits, and discover the country’s iconic castles. Elsewhere on the itinerary, Guests will experience the merry, cosmopolitan city of Dublin, the culturally rich and romantic Paris, the birthplace of the Beatles and the British Invasion in Liverpool, and the charming Countryside of Guernsey.

On this itinerary, three days in Iceland provides time to explore the country’s rich natural wonders, from volcanoes, lava fields, to glaciers and thermal springs. In Norway, Guests are immersed in the splendor and charm of the country with exciting ports steeped in Viking history.

New Norwegian Fjords from Dover
For the first time, Disney Cruise Line will sail from Dover, England on a seven-night cruise to the majestic Norwegian fjords. Departing on May 29, the Disney Magic will visit Stavanger, Alesund, Geiranger and Bergen, Norway.

More Summer 2016 Itineraries
During the summer of 2016, the Disney Magic will return to favorite destinations in Northern Europe, the Greek Isles and the Mediterranean with a variety of seven-night and longer sailings.

From May through August 2016, the Disney Wonder will return to Alaska, sailing from Vancouver, Canada to Tracy Arm, Skagway, Juneau and Ketchikan.

In 2016, the Disney Dream and Disney Fantasy will sail from Port Canaveral to the Bahamas and Caribbean on a variety of itineraries. Most of these cruises include a stop at Disney Castaway Cay, a private island paradise.

Please contact me for more information or to book one of these AMAZING Disney Cruises.

There will be 8 Select Disney sailings in 2016 on the Disney Fantasy that will have the Star Wars Day at Sea! These sailings will be a seven-night Western Caribbean cruise departing from Port Canaveral. Ports of call for these sailings are Cozumel, Mexico; Grand Cayman, Cayman Islands; and Disney’s private island in the Bahamas, Castaway Cay. The Star Wars Day at Sea is scheduled for the day after porting at Grand Cayman. 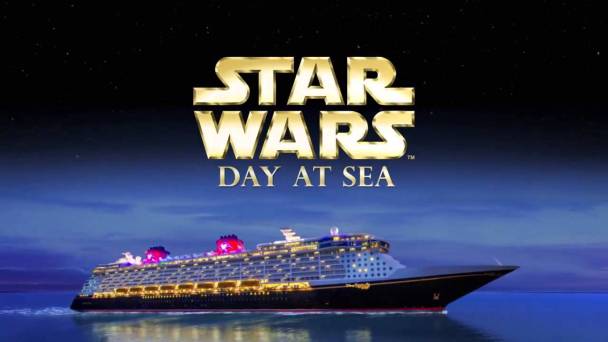 Talk about an out-of-this-world experience!! Happening one day during each of the eight sailings, guests will have a galactic experience that has never happened before on a Disney Cruise. Guests will get the opportunity to meet their favorite characters from the films, participate in galactic deck parties, watch fireworks, meet some of the actors from the films, and so much more. This is a cruise you don’t want to miss! Below is the outline of the Star Wars Day at Sea as given by Disney Cruise Line. 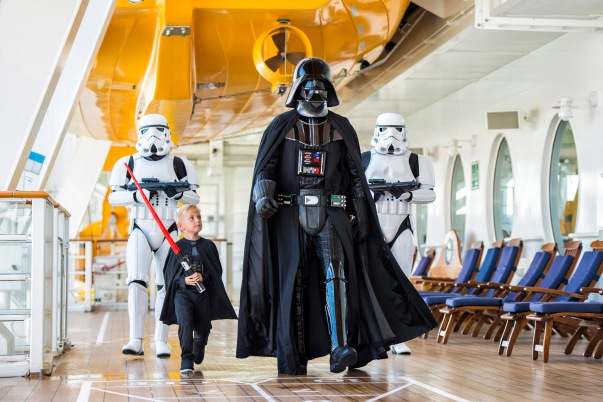 Star Wars Day at Sea is available on these select sailings :

Contact me for more information or to book your Disney Cruise and May The Force Be With You!

25 Fun Facts About the Disney Magic

1. In the port terminal before you board the ship

2. By the main statue in the Atrium 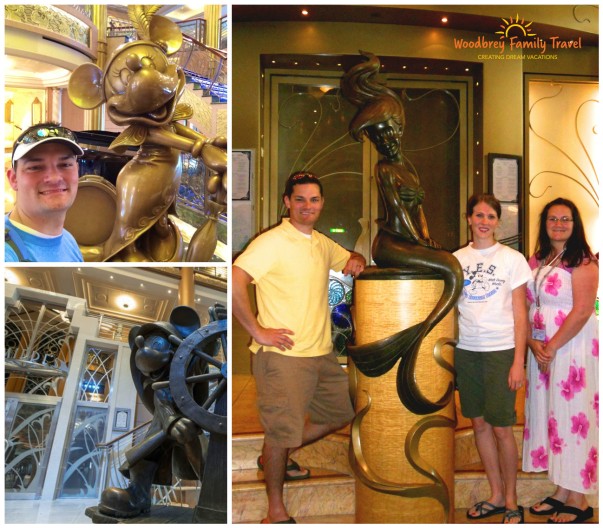 3. Of the Lobby Chandelier

4. While sitting in one of the large port holes around the ship

5. Of the stateroom door and Stateroom

6. In the different restaurants – Animator’s Palate is the top restaurant to take pictures of

7. With your servers, room host and other cast members

8. While playing the various games onboard

9. By the Walt Disney Theatre picture, right before the entrance of the theatre 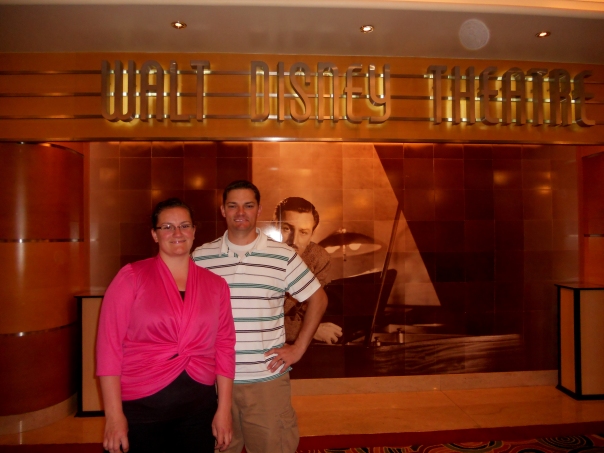 10. In front of the big red stacks with the Disney Cruise Line logo – Try taking daytime and nighttime pictures 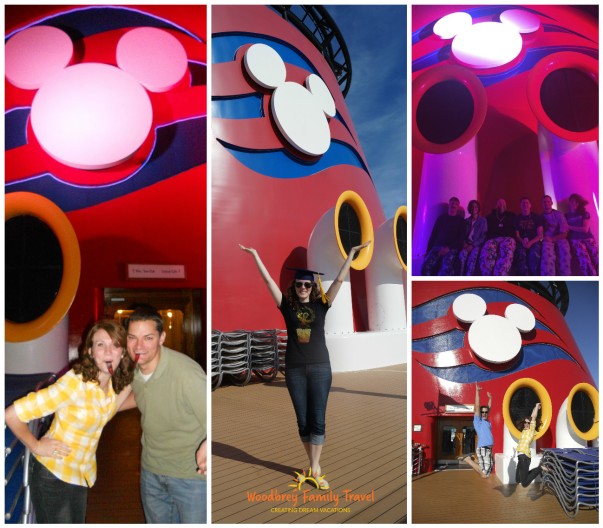 11. While playing and relaxing around the pool areas

12. Of the dinner menus and food – Great way to keep track of what you ate and what you liked during your cruise 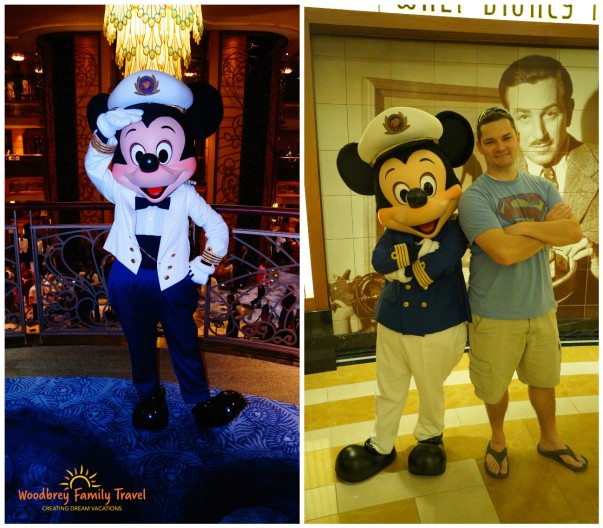 14. While on board the ship at the different ports of call

15. At the different deck parties and activities 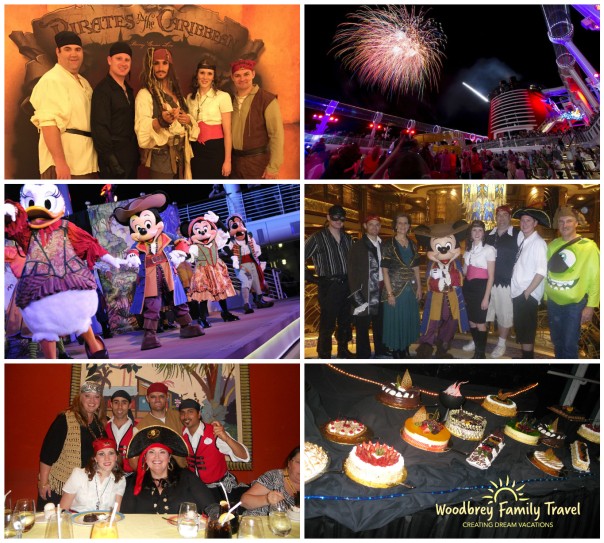 17. Of all the kids areas: Andy’s Room, Oceaneers Club, the Vibe and so on 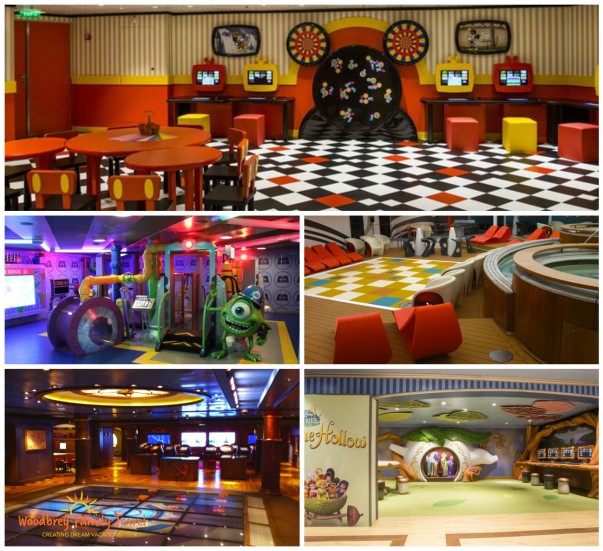 19. With the main theme backdrops for each night – they change nightly

20. While exploring the ship 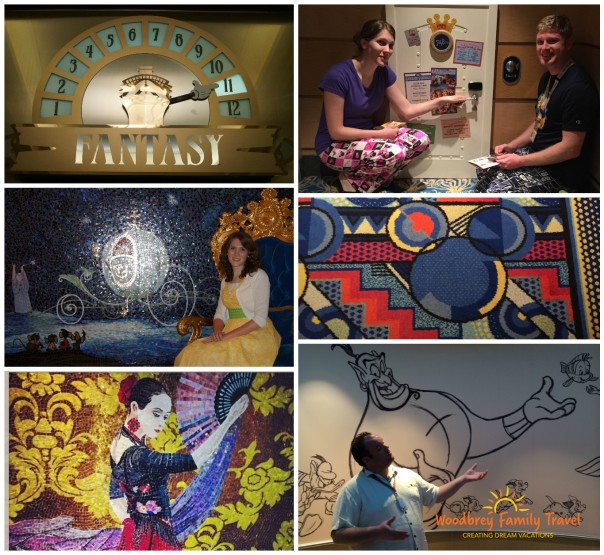 21. Of all the different towel creations 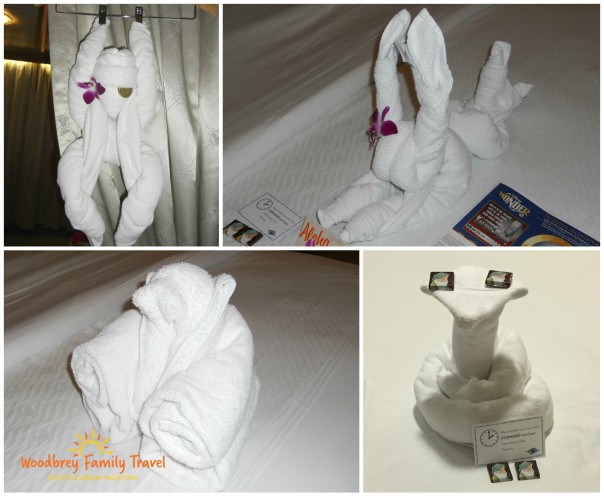 22. Of all the different clubs on board

23. With the Golden Mickey’s statue 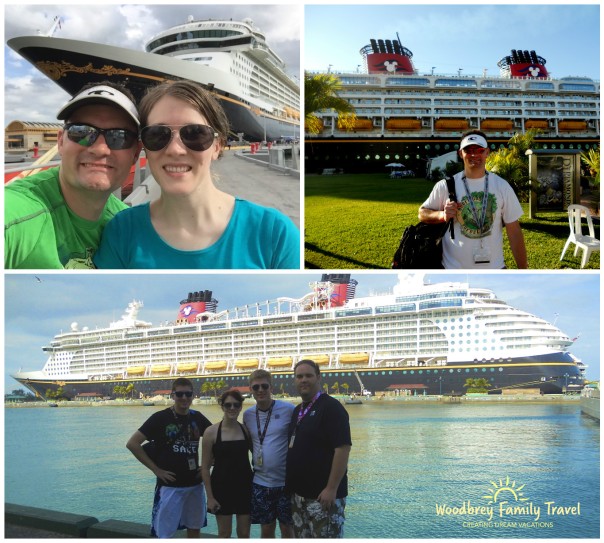 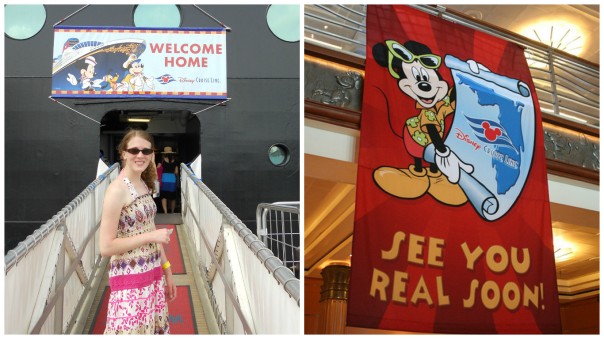